Train 'Euro Way', Play 'Your Way'! We focus on embracing and building on your strengths, instead of eliminating your weaknesses. Be unique, Be yourself!

"Our mission is to provide the youth and young adults of this community with professional athletic training and give them the opportunity to EXCEL in their chosen sport".

E: This email address is being protected from spambots. You need JavaScript enabled to view it. 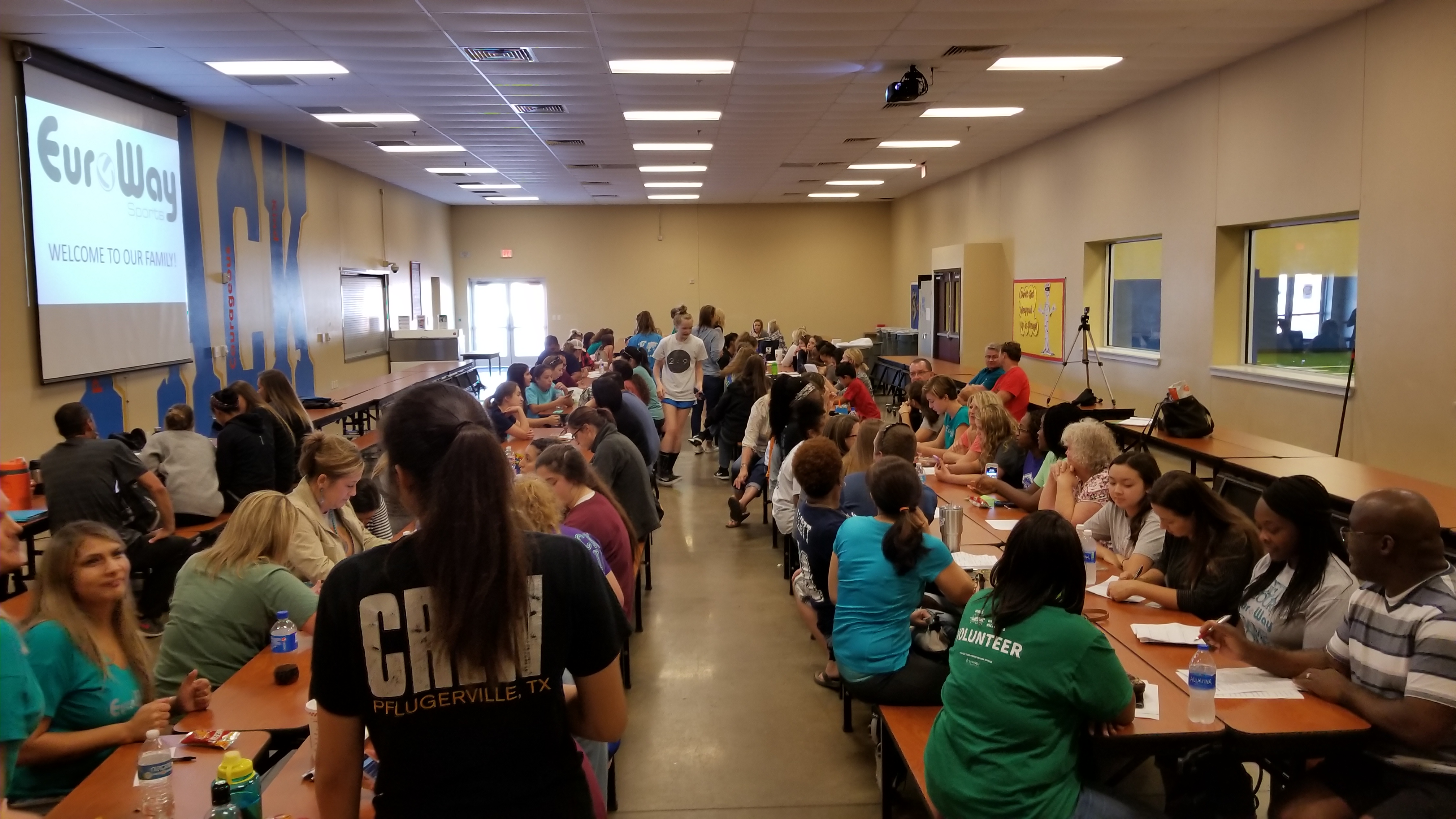 Nika is a force. My niece lives in Lubbock (8hrs drive to Austin) and they come to see her twice a year to get private coaching. Her performance and confidence has improved so much that she went from a good player to the BEST on her team! Holly Kottwitz

My daughter has worked with Nika both through private lessons and as a part of a club team. This was my daughter's first year of club and I think the Euroway philosophy was perfect for her. She grew as a player but also felt valued and had a great time. I never received anything but encouraging feedback from both Nika and the team coaches, and admittedly my daughter had A LOT of growth she needed to make as a player. I would wholeheartedly recommend the private lessons and the club. Nika is professional and kid-focused; she recruits a great team of coaches. My daughter loves the club as well and has been encouraging friends to join next year. Donya Sitzman

We have had an awesome experience with EuroWay Sports! My daughter was part of the club volleyball team this past season. Her experience with her coaches and team members were completely positive and confidence building. The club director Nika has been coaching my daughter on the side for about 3 years now doing both private and semi private lessons. Her influence has been essential in helping my daughter become a successful confident volleyball player. We highly recommend this club to anyone! Takashi

Our daughter has played for Euroway Volleyball for 2 seasons and loves it! She has grown not only as a player but as a person as well! Coach Nika and her coaches are committed to teaching the girls that hard work and dedication pays off! Play Euroway!!! Sarju Patel

Appreciate all that Euroway Sports has done for our daughter and family. Thanks, Nika! Scarlett Jazesf

My daughter was at a well-known Austin VB club and struggling with her play because she is left-handed and her coaches could not relate to show a lefty what to do. We found Nika Borge via a referral. She privately coached my daughter for 1 year and completely turned her play around. She is one of the best private coaches in Austin. She is very professional and talks to the girls as a volleyball mentor. I would highly recommend her. Because my daughter liked her and her coaching style so much, we switched from the well-known club to Euroway even though we were on the exact opposite side of Austin (SW). I can tell you that we liked the coaches and the parents. The coaches were UT Graduate students with a lot of volleyball experience (both had challenging degree programs and served as dual role models). No major drama, no favorites. Play time for everyone in first half of season, then by merit on the second half. The parents got a long and enjoyed being around each other (this is not the case at all the Austin VB programs). Any drama from players and parents seemed to be quickly addressed off the court. Nika/Euroway has had a very positive influence on my daughter's life on the court and off the court. She believed in my daughter and helped her turn her perceived weakness of being a lefty into a strength. We were pleased with the dramatic improvements that she was able to achieve by private coaching AND we did truly feel that continued in the club volleyball program this past year. We are happy to be a part of the program. Dustin Williamson

We are so happy to have found Coach Nika! My 13 year old daughter has had three lessons with her so far and my daughter loves her!! She likes the way Coach Nika gives tons of feedback and explains what she is doing right and what she needs to adjust. Nika has the right combination of extensive knowledge of volleyball and the ability to teach it to her players. We were super impressed after the first lesson and we are excited for future lessons! Can't wait for sand volleyball!! G Madden

Awesome opportunity for my daughter to develop correct techniques. Coach Nika is fantastic in communicating with athletes to ensure positive, effective growth and development of skills and technique. M Bailey

Coach Nika is a phenomenal volleyball Coach. The improvements my daughter has made in a year are beyond our expectations. My daughter loves her and formed a bond that will last decades. She's thorough and knows the sport from every position. Love Euroway sports and Coach Nika! Worth the investment to watch our daughter grow in the sport she loves most. Tammy Tysor

Euroway has been amazing for our daughters, who are 12 and 9. My oldest now plays club for Euroway which has been a great experience for her. Coach Nika is awesome and has a true gift for coaching. Over the last year she has taken a raw player and turned her into a volleyball athlete! The focus on skill while keeping it fun has kept our girls wanting to keep learning. The volleylites program has been perfect introduction into volleyball for our 9 year old to prepare her for a future in club. Kasey Rowe

Nika with Euroway Sports is amazing. The program/club offers great clinics, private & semi private lessons, sand volleyball clinics and amazing club teams. My daughter has grown so much under the coaching of Nika. I highly recommend Euroway Sports/Nika Cassandra Conway 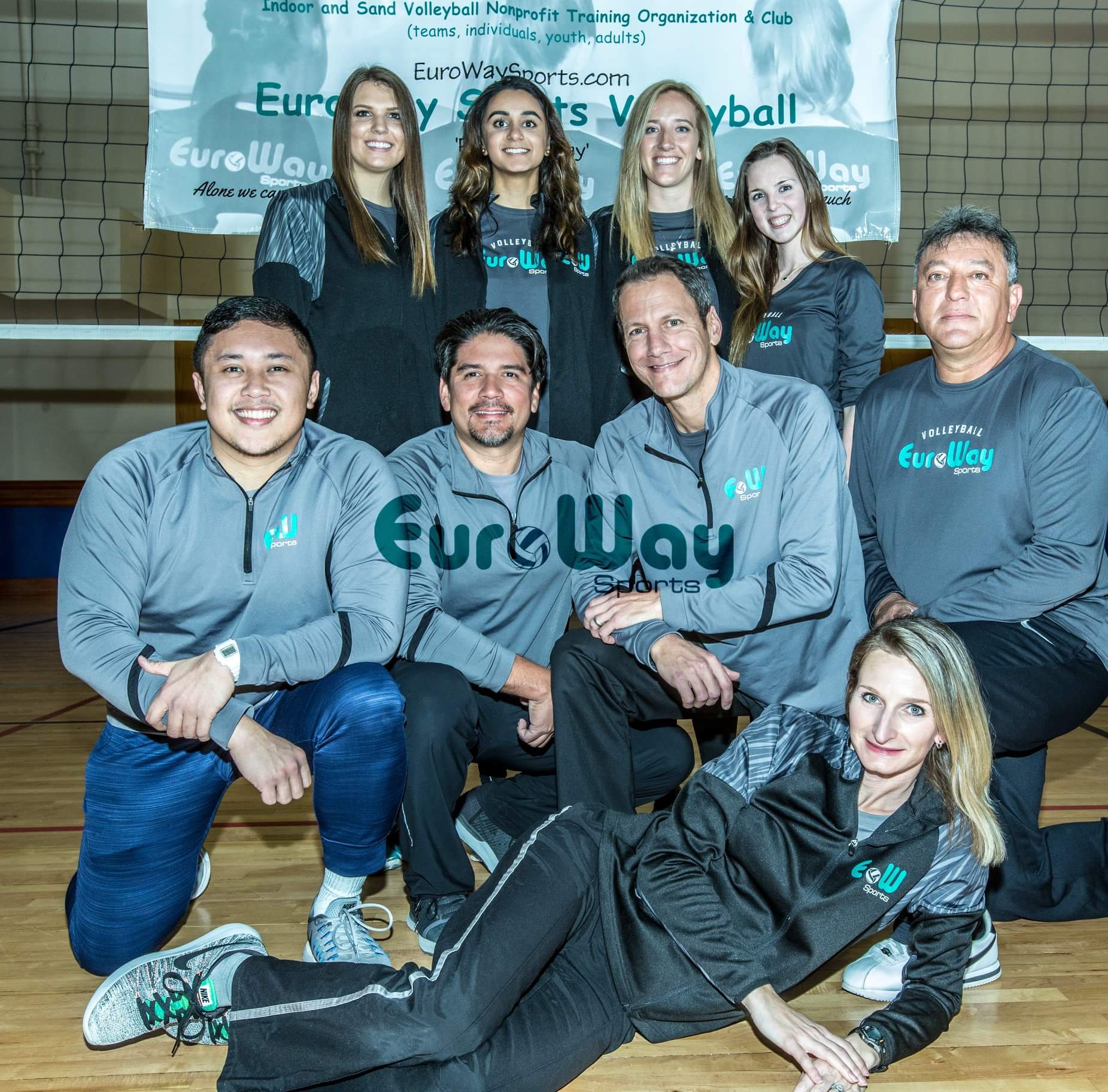 This past season I started a collaborative working relationship with EuroWay Sports where I come in and lead yoga for the girls once a month to help in their crosstraining. We also offer the EuroWay families discounts on yoga class packages at our studio Holcomb Counseling & Yoga. Coach Nikka has been wonderful to work with and the girls have been so sweet and gracious about the yoga offerings. Seems like they have a lot of fun at their practices! What a cool thing EuroWay Sports is offering to the community! Lacey Holcomb

Great Volleyball club! All coaches are dedicated and very knowledgeable. Coach Nika the director has the most experience around the game & knows what it takes to play at a high level after coaching for many years and playing pro herself! She brought in Yoga instructors and strength coaches to work with her girls to make them stronger and help relay the message of what it takes to play the game. Looking for a Club to progress your daughters skill and game IQ, EUROWAY IS IT! Earnesia Williams

EuroWay focuses on highlighting each individual players strengths in a positive and constructive way. Nika is a dedicated director that supports her coaches and players, and truly cares about each individuals progress. She will stop at nothing to better her players and get them ready for the next level of play, for all age groups! Susie Wirtanen

Where do i begin!!! this program is a wonderful program from skills to technique. from the prep teams to the club teams all the players are progressing amazing and Coach Nika has a wonderful coaching ability that helps every player become even better. Coach Nika has a coaching style that is so awesome. Euroway sports is one of the best programs that ever came about. Euroway is a program that i will continue to recommend to the MASSES and send any and all players their way!! Way to go EUROWAY and keep killing it!!! Coach Nika you rock and roll and keep doing what you are doing.. Amanda Garibay

I highly recommend playing for Euroway volleyball. I have had many experiences with several clubs, and this has been one of the best ones. Nika is a super hardworking former volleyball player with extensive knowledge that she was super excited to share with me. If you have ever been a part of a volleyball club, whether a player, parent or coach, you have an idea of the complexity of things. Managing a sports club is very different than a normal business because it is impossible to make all of your customers happy. The best thing I noticed about this club was that if you are a player and you put in the time and effort, you WILL play, regardless of parental influences. With so many girls to keep track of, Nika does a great job at making sure each girl is getting what she needs, as well as providing for her coaches. The plethora of five star reviews and small amount of one star reviews seems to explain itself. Riley Barker

Everything about this club is top notch! From the dedicated director Nika, the hardworking coaches, the weekly workouts, and Yoga the girls get once a month!! John Jazesf

I was an assistant coach for Euroway in the 2017-2018 season. I loved every minute with the girls -- both on and off the court. At Euroway, coaches encourage growth in their players' volleyball skills and overall athletisism. From a coaches perspective, this is an up and coming club that will only grow as years go on. Inaya D'Souza

I work at the Wells Branch Rec Center, one of the places that Nika trains at....she is the kind of coach that you come to in order to learn and train. If you are looking for a coach to coddle your child, you should probably look elsewhere. Everyone I ask at the front desk here about Nika have nothing but positive remarks. I have heard about all of these negative reviews coming up all of a sudden about Nika and her training style. Whoever is leading that campaign is either delusional, referring to a completely different person entirely or there must be some plain, old fashioned jealousy involved. If you have any questions or doubts, how about acting like an adult and going straight to the source (Nika) and having your concerns or questions addressed? Your only question then will be, how do I give Nika six stars!! Paul Karshens

Nika is a great coach!! Works well with all her girls and you learn a lot within your first lesson. I recommend EuroWay Sports 100% , you will not regret it. Vanessa Aviles

Euroway offers an avenue for developing young players to grow their love for the sport and continue to develop critical skills and be a better teammate. Nika dedicates her time and resources for this quality club. You won't be disappointed. Albert Bedia